A tank's turret is a heavily armored, dome-like structure on a tank connecting the gun to the hull. The turret rotates independently of the tank's hull, allowing the gun to be traversed from left to right; usually but not always, through a full 360°. The turret also permits the main gun to swivel vertically and elevate or depress its aim. Rotating the turret or elevating the gun while keeping the vehicle's hull stationary in a sniper position does not normally reduce the vehicle's camouflage properties and reveal its position to the enemy.

Most tanks have turrets. Some vehicles, most notably certain TDs and SPGs, are "turretless" and do not have turrets at all. In turretless vehicles the gun is mounted directly onto the superstructure of the hull. Turretless vehicles can still traverse their main gun, but only through a very limited range of a few degrees left and right of the hull centerline. Further traverse of the gun to the left or right beyond these limits requires engaging the tracks and turning the entire hull of the vehicle. Moving the hull may reduce the vehicle's camouflage properties and reveal it to the enemy.

There are two radically different turret designs, in-game and in real life:

The characteristics and specifications of each individual turret available on a particular vehicle will affect the vehicle's in-game performance and handling characteristics.

Turret Performance and the Turret Tables

The specifications of the turrets available on in-game vehicles are set out in the tables below by Nation. Many tanks come with a "stock" Conventional Turret and an additional, upgraded Conventional Turret. Those in-game vehicles which mount Oscillating Turrets come only with the stock turret and do not have an upgradable turret option. Installing a different turret may also add or subtract from a vehicle's total hit points. A destroyed turret will lock and will not rotate until repaired. A damaged turret rotates at a greatly reduced traverse speed. The act of rotating the turret decreases the accuracy of the main gun. So to fire with the most accuracy, you should stop rotating the turret and allow the aiming circle to shrink to its minimum diameter before firing the gun. 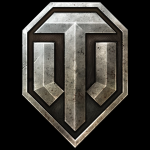