World of Tanks (WoT) is a free-to-play massively multiplayer online game developed by Wargaming, featuring mid-20th century (1930s-1960s) era combat vehicles. The focus is on player vs player (PvP) gameplay with each player controlling an armored vehicle. Players can choose between five different vehicle classes (light, medium or heavy tank, tank destroyer, or self-propelled gun), each of which have different gameplay styles and roles in battle.

Alongside the original version, Wargaming has also published other titles like World of Tanks Blitz or World of Tanks Mercenaries for different platforms. 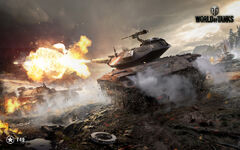 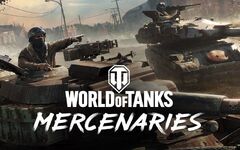 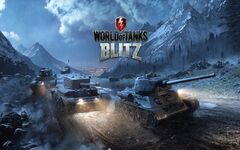 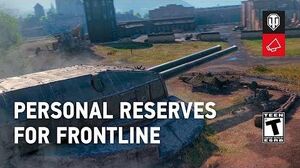 The eighth episode of Frontline for 2019 is here! Experience epic 30v30 battles, win heaps of rewards, and join the race for formidable reward tanks!
How Can I Get Reserves?

You can get Reserves for free and with little effort, a week before the start of the next Episode. All you need is to complete special missions when playing in Random Battles. Only 10 boosters will be available during this period, so don't miss your chance to get your hands on them and speed up your progress in the mode!

For more details, head to Frontline.